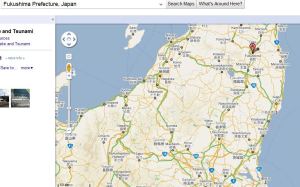 While facilitating class today, I had a one learner who loudly and openly declared that he will be boycotting sushi and other Japanese food for awhile because of the recent state of events. Without stopping short to chide his ignorance and myopic view of the situation (some in Singapore think Japan is the size of Singapore), I felt more compelled in my role as an educator to inform him of the right facts instead. This is in hope that he doesn’t deprive himself of his favorite raw fish eternally and to aid him in always verifying information from reliable sources versus that of hearing it from beer drinking coffeeshop uncles.

So here’s the latest; so far Singapore has put a halt on milk and milk products, fruits and vegetables, seafood and meat from Japan’s Fukushima, Ibaraki, Tochigi and Gunma prefectures (areas affected within the radius of the failed nuclear plant). Here’s the rest of the article here:

SINGAPORE: The Agri-Food & Veterinary Authority (AVA) has suspended with immediate effect, the import of milk and milk products, fruits and vegetables, seafood and meat from Japan’s Fukushima, Ibaraki, Tochigi and Gunma prefectures.

This comes as a precautionary measure in light of recent developments in Japan.

AVA said it has received information that the Japanese Ministry of Health, Labour and Welfare (MHLW) has detected high radioactivity levels in raw milk and vegetables from the four prefectures.

The ministry added that if people ate 100 grams (four ounces) a day of the vegetable for about 10 days, they would ingest half the amount of radiation typically received from the natural environment in a year.

The Japanese government has ordered a stop on the sale of raw milk and certain types of vegetables from the affected prefectures of Fukushima and Ibaraki.

AVA said the suspension is in line with the precautionary approach adopted by other countries such as the US and Australia.

Meanwhile, AVA said it would continue to closely monitor and test imports of food from Japan.

AVA said the public can visit the Japan earthquake microsite for latest updates and information from the authorities.

They can also visit the AVA site for more information.

Oh…and he told before leaving for the day, he’s going to have some sushi for dinner after-all…By the way, our stocks of KENREISHI is not affected by the current situation whatsoever, primarily because they were produced way before it all happened. So rest assured, I wouldn’t want any of you out there to be exposed to any radiated food…Mom, Dad included. 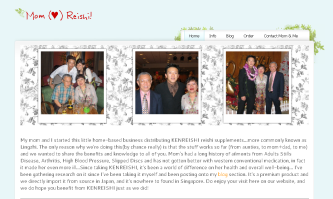